A staff of the Ondo State Agency Against Sexual and Gender-Based Violence (OSAA-GBV), Princess Folashade, has shared a graphic photo of the married woman, Funmilola Osundare, who was allegedly  butchered by her boyfriend for ritual purposes in Akure.

“VIEWER’S DISCRETION ADVICED. Below is the current state of Funmilola Ogundare who was butchered by her boyfriend at Ijapo, Akure yesterday night.”

The news got to us this morning and Her Excellency Chief Mrs Betty Anyanwu Akeredolu speedily intervened by paying for the medical treatment of the victim of the violence.

Ondo State Agency against Gender based violence (OSAA-GBV); The Agency which was birthed after the passing of the VAAP law is responsible for all sexual and gender based violence cases in Ondo state have currently taken up the case and will see to it that justice is served.

Before last year, Ondo state was the only state in south west yet to pass the VAPP LAW we are grateful to Governor Aketi for signing the VAPP law and approving the establishment of Ondo State agency against gender based violence (OSAA-GBV).

Please if you know any cases of gender based violence kindly report to OSAA-GBV. 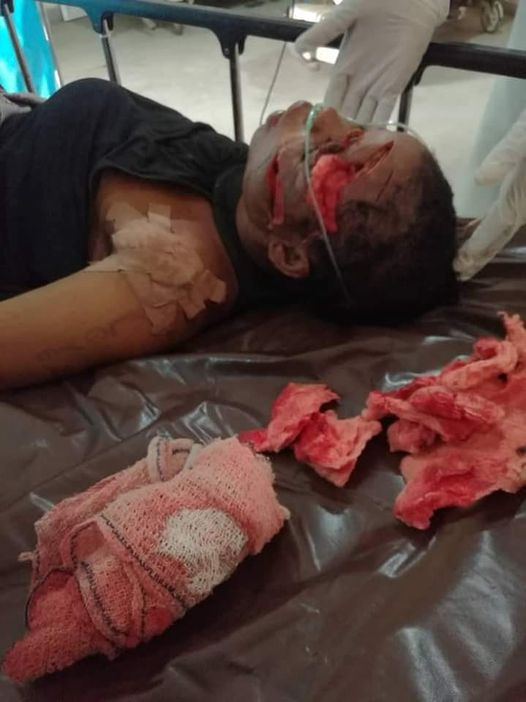 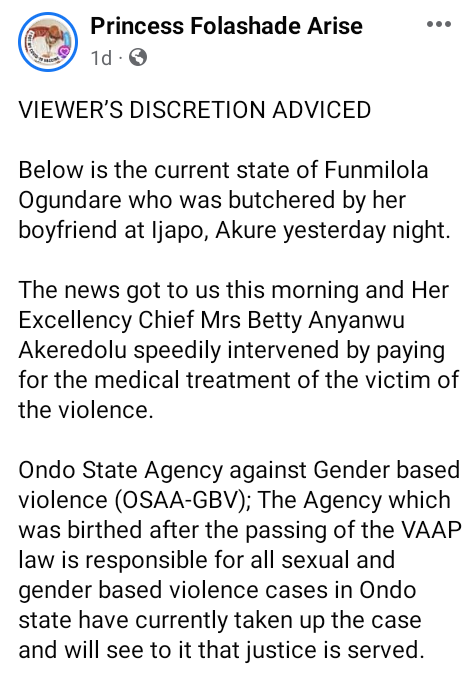 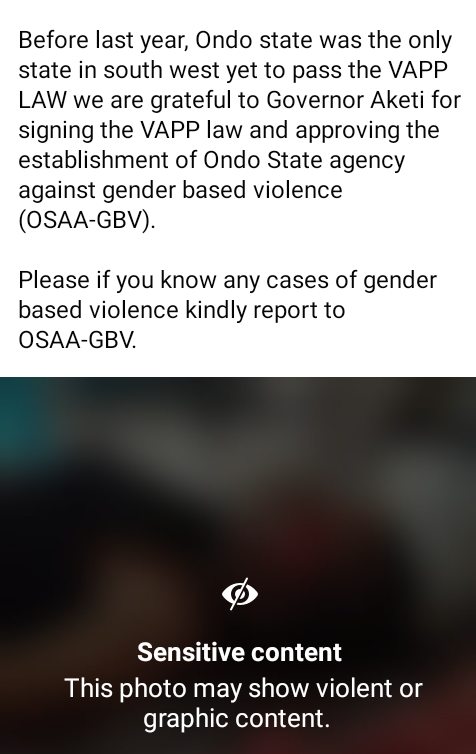 Married woman and her lover cry out for

Nollywood actress, Funke Akindele alongside the crew of her ‘Jenifa’s Diary’ recently had a

A young lady identified as Mujawayezu Emma, has narrated the heartbreaking story behind her